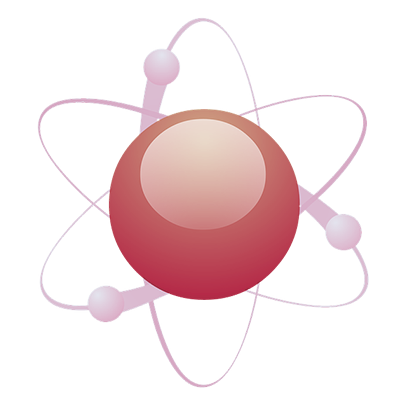 Dear scientists, dear journalists, as you have been able to see in my book Spirit Life & Science:
Understanding your gift of healing and mediumship, I have shared several studies and their results with the scientific community.

Have you participated in similar studies that could further this knowledge? We would like to hear about them. They could provide a link with subjects such as modified consciousness states, mediumship, healing, or psychotic states such as schizophrenia.

If you have, we would love to know about them and exchange ideas with you.

Dear scientists, would you be interested in setting up or participating in a study?

Perhaps you are already working on an idea or protocol?

Would you agree to organize access to measurement equipment (NIRS, IRM…)?

Would you like to know more on the link between the mind and the brain, that field with unimaginable potential for discovery?

We would like to collaborate with scientists, professors, research scientists, and clinical physicians in areas such as physics, quantum physics, neurology, psychiatry psychology, medicine, mathematics, statistics, etc.?

What psychiatrist would be interested in a pilot project with his or her patients with the objective of evaluating and healing them with our energy approach?

Whether it’s to share research or suggest new studies, a contact address is especially reserved for you for discussion on the subject of pilot projects in the field of research.

NIRS – Near Infra Red Spectroscopy Experiment (excerpt from the book Spirit Life & Science: understanding your gift of healing and mediumship)

These experiments were carried out in order to better understand what happens in the brain during modified consciousness states. They allow us to compare rapid states such as ESP and mediumship with passive states such as healing and trance.
Verification of the mental normality and psychic health of an experimental subject is essential prior to undertaking any experiments. To this end, I was subjected to the following procedure:

→ Two minutes of kinaesthesia: moving a beverage can without touching it

→ Five minutes of psychic reading for an unknown person

This procedure was repeated twice.

Scientific validation cannot be established unless the experience is structured according to a very strict protocol that ensures it can be reproduced. The experiments that I am going to present meet these criteria, whether they involve contacts with the deceased, physical readings, spiritual healing or trance.

During the scientific protocol, the electrodes were placed on my head according to the following layout: ↑ Placement of the 10-20 electrodes on Hannes Jacob: lateral view (left) and top view (right), during the NIRS (Near Infra-Red Spectroscopy) experiment. ↑ Frequency analysis for Hannes Jacob in a normal state.

The EEG (electroencephalogram) was recorded while my brain was at rest, with my eyes closed. The black area represents a basic cerebral rhythm that is predominately alpha. There is little presence of the theta and delta frequencies shown in orange and yellow. This EEG is altogether representative of a person in a normal relaxed state with his eyes closed.

After this resting exercise, I did two psychic readings of five minutes each, followed by two mediumistic readings of seven minutes each. For these readings, two psychologists from the medical staff – whom I did not know – were made available to me.

During the psychic readings, the NIRS activation sample indicated a right lateralization. A stable hemodynamic response appeared, in particular in the region of the right temporal lobe.

This hemodynamic response was particularly obvious during the reading in which the positive response rate was close to one hundred percent. In other words, all the elements of the reading for the unknown person were correct.

While in contact with the deceased on behalf of these psychologists, I was connected to electroencephalogram machines as well as to the NIRS. We obtained the surprising proof that from the start of the mediumistic reading, the right frontal cortex – especially the right temporal lobe – was irrigated with haemoglobin. For information, the right temporal lobe is implicated in the creative and spatial processes while the left temporal lobe is implicated in the speech- and language-related processes. Throughout the experiment, there was little to no irrigation of the left temporal lobe. This disparity in irrigation was also visible for all the psychic readings such as reading recent memory or the aura. The right temporal lobe is therefore our primary tool for perception and physical translation; this tool begins to function as soon as the antennae in our energy field pick up information. It must be noted that in a simple guessing game, this lobe is not irrigated.